Plans for a metro rail system in central Israel have been moving forward steadily, with about half of the proposed network already approved.

According to the plan, some 45 kilometers (28 miles) of track and 31 stations will connect Tel Aviv, Rehovot, Ness Ziona, Lod, Be’er Yaakov, Rishon Lezion, Holon, and Ramat Hasharon, for a line called the M1 South.

There is no expectation passengers will be able to travel on these lines until 2032 at the earliest.

The metro project is Israel’s most ambitious public transportation project, aiming to connect Tel Aviv’s commuter zones to materially reduce traffic. But as it runs largely through areas that are already densely built, it is potentially one of the most complex global engineering projects. Other subway systems have been built ahead of urban areas rather than after.

“No country has built a metro system like this before, going through areas that are already highly developed,” international public transportation adviser Amiram Strolov told The Times of Israel, “and it’s actually not clear that it is possible to do.”

Strolov has advised municipalities around the world on public transportation systems, including in the US and Israel. He called Israel’s metro project an example of “megalomania” and “a fantasy” that will likely fail to materialize or deliver on its promises.

Construction at the Allenby underground station of the light rail, part of the red line in Tel Aviv, July 14, 2021. (Yossi Zeliger/Flash90)

The answer to Israel’s transportation challenges, he said, is much simpler: investing in existing public transportation networks to run faster and carry more people.

“Extending roads to use the shoulders costs around NIS 20 million, and by doing that or creating some other kind of dedicated public transportation lane you can increase the number of passengers and the speed,” Strolov said. “And then we have the existing national train system put in by the British, and yet our extension of it is very slow.”

The Times of Israel previously reported that the northern section of the M1 line is back on the drawing board amid strong objections to the plans, delaying the connections between Tel Aviv and Modiin, Ra’anana, Kfar Saba, and Hod Hasharon.

Tal Kedmi, who is campaigning against the metro project as a whole and plans for the Ra’anana section specifically, said, “Our main objections have been to proposals to tunnel under existing houses and kindergartens, and the failure to deliver a station suitable for those with disabilities adjacent to Bet Levenstein, the country’s largest rehabilitation facility.”

In addition, Kedmi is not convinced the project will solve traffic congestion and he remains critical of the government’s responsiveness.

“Up until now, there has been no dialogue,” he said. Also, there is “no evidence that the metro will actually alleviate traffic, and I believe the connections to the north have been scrapped for financial reasons on what is already a hugely expensive project.”

So far the 2022 national budget has allocated NIS 6 billion ($1.8 billion). But municipalities are expected to begin contributing funds towards the costs of the project starting next year, and property owners near the lines are expected to pay high taxes. 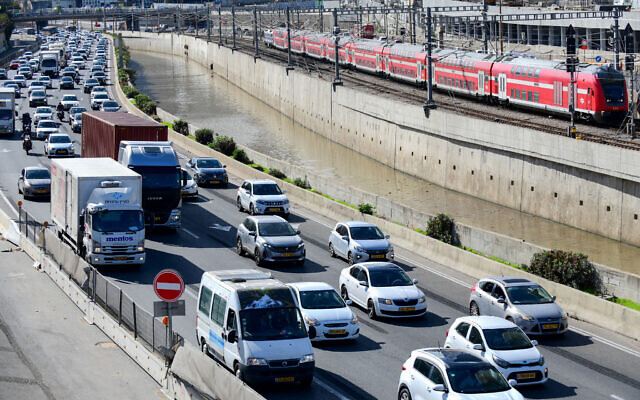 Traffic jams the Ayalon highway in Tel Aviv, as a train passes above, December 2, 2021 (Tomer Neuberg/Flash90)

Interior Minister Ayelet Shaked has promised that she will bring additional metro lines forward for approval, although there is no time frame for doing so. The next step will include issuing building tenders and the start of requisitioning and clearing land.

Meanwhile, the first section of Tel Aviv’s light rail network, the Red Line, could open before the end of the year, although substantial checks are still required. The line will run from Bat Yam through Tel Aviv and Ramat Gan to Petah Tikva, with a predicted overall journey time of just over an hour. It will have 34 stations total, including 10 underground.

Alongside the big projects in Tel Aviv, the Transportation Ministry said it will invest around NIS 1 billion over the next five years in public and sustainable transportation, working with municipalities to improve their networks. Transportation Minister Merav Michaeli and Netanya Mayor Miriam Feierberg-Icher signed an agreement to move forward with such a project in Netanya in May.

But details are unclear and a similar project in Ashdod that started in 2011 was considered a failure.

The agreement with Netanya aims to extend public transportation networks to connect the entire urban area within the city. Additional bus routes and cycle routes will be added to the city center and its outlying neighborhoods, increasing existing networks by 50% with priority on the roads given to public transportation and bicycles rather than private cars. Additional shading will also be introduced on sidewalks to encourage walking.

Michaeli suggested this approach represents a major policy shift in seeking to join up all elements of urban transportation, and has urged other municipalities to partner in similar schemes. 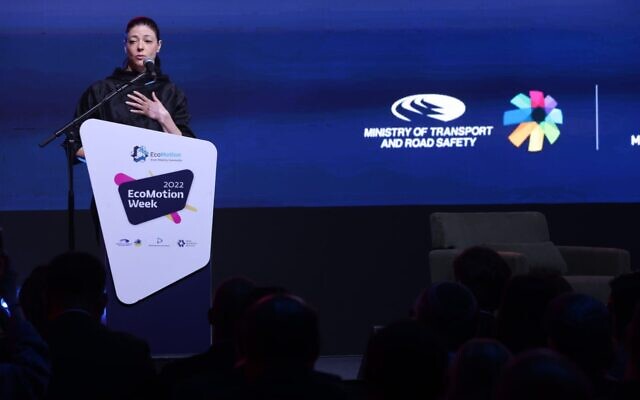 Feierberg-Icher said that she sees the promotion of public transportation in Netanya as a necessary complementary step to the extensive ongoing urban renewal processes, which include the development of tens of thousands of housing units and offices within the city.

Some cities, including Tel Aviv, are already taking significant steps to reduce car use, not least by reducing available parking in a city where it is already notoriously difficult to park.

But the public transportation needed to replace the cars is lagging behind, observers say.

“There is no single solution,” Strolov explained. “We need a mixed approach but these big-scale projects are slow, extremely expensive, and we prioritize them too much over simpler and more effective changes.”

Where public transportation can deliver, its success is reflected in greater demand (and often cost) for homes along routes — for example, Tel Aviv’s soon to be opened light rail line.

That’s a good indication that the public is ready to ditch its cars when there is truly an alternative, Strolov pointed out.

Seattle Calls on Residents to Shape Its Transportation Future