Eldar Gadzhiev’s heart sank when he heard the sputtering from the engine of his Skoda one day in April. Gadzhiev, who owns a fleet of four cars that he leases as taxicabs in Moscow, knew it was a terrible and expensive time for a breakdown.

Prices for spare parts, if you even could find them, had spiralled out of control since Vladimir Putin ordered the invasion of Ukraine two months earlier. “I understood that I was in a bad situation,” he said. “I thought: the repairs are going to cost as much as the car.”

Dealerships were useless, he said. His car parts shop told him that the waiting list was months long, time he could not wait to repair his vehicle.

So he tried posting on a public chat. That’s when his phone began to “explode”, he said. He received tens of calls, some from rough-sounding “dealers” offering to meet or giving him vague promises to get the parts he needed.

“It’s full-on speculation,” he said. “There are no more spare parts. So the prices are either way too high, you could almost [throw away] the car, or you think: is this illegal?”

He suspected that many of the parts he was offered had been stolen. “It’s the return of banditry,” he added.

Few sectors of the Russian economy are feeling the strain of the country’s near total isolation more than the automotive industry, where parts for new and used vehicles are in short supply.

Gadzhiev said he ended up paying eight times the old rate for his repairs. Others say prices have jumped tenfold.

Aleksei Atapov, the owner of a car repair firm, said: “We are in a pretty sad situation in terms of car repair and maintenance in Moscow. The central warehouses closed at the end of February, and even the custom parts that arrived were not given to us. They returned the money and took all the parts back abroad.

“Because of such jumps in the rate, they simply stopped all activities. Central warehouses are our everything. Two weeks after 24 February [the day of the invasion], speculation for car parts reached its peak. Something that would cost 900 roubles (£12.50) would cost 7,000-7,500 roubles. Original car oil would cost 12,000 instead of 1,200.”

While the Russian government has been promoting its policies of import substitution and “parallel imports”, which allow importers to ignore bans on sending spare parts to Russia, the plan has barely started to kick in and supply is unlikely to reach demand any time soon, analysts said. Meanwhile, anecdotal evidence suggests counterfeit and stolen parts are flooding the market.

The market is seeking to adapt. Wildberries, a Russian online retailer, has added car parts including engines, fuel systems, transmissions, chassis parts and others, the company announced.

But at the moment, market players say stockpiles have reached exhaustion. “All the substitutes ran out very quickly,” said Atapov.

The shortages are affecting new cars as well. Avtovaz, Russia’s largest carmaker, announced an extra week of furloughs for workers owing to a shortage of foreign parts, specifically semiconductors. Car sales in Russia plunged 83.5% in May, the Association of European Businesses (AEB) said on Monday, and new car prices have risen by an average of 50%.

The situation may be even more worrisome in Russia’s aviation industry, where airlines are cannibalising their fleets for parts while seeking out whatever new sources for imports they can find.

“The main problem is that service companies, firms that service and certify the Airbuses and Boeings and hand out papers that allow the planes to fly to Europe, are not allowed to give out these papers any more,” said a senior executive for Sukhoi Superjet. “We have started cannibalising some planes, using parts of a few older ones to keep the new ones going.”

One pilot who regularly covered midhaul flights to the UK and other European destinations for his airline wrote that the situation was “fucked”, adding that he felt his company was ignoring safety concerns brought up by pilots on a regular basis.

“The solution is either parallel imports or the government will have to step to built Russia planes quickly,” the Sukhoi manager said. “I give the Russian aviation industry one year if nothing changes.”

Maxim Pyrkov, a pilot for the Russia’s Nordwind Airlines, posted a photo from Moscow’s Sheremetyevo airport showing the company’s recently leased 777s parked on the runway “awaiting better times, if they come, of course”.

He wrote: “According to my information, some [Russian] airlines in their warehouses have enough wheels and pads for another month maximum. Looks like we’ll have to look for some way into the black market for spare parts. Hey Chinese! Over here!” 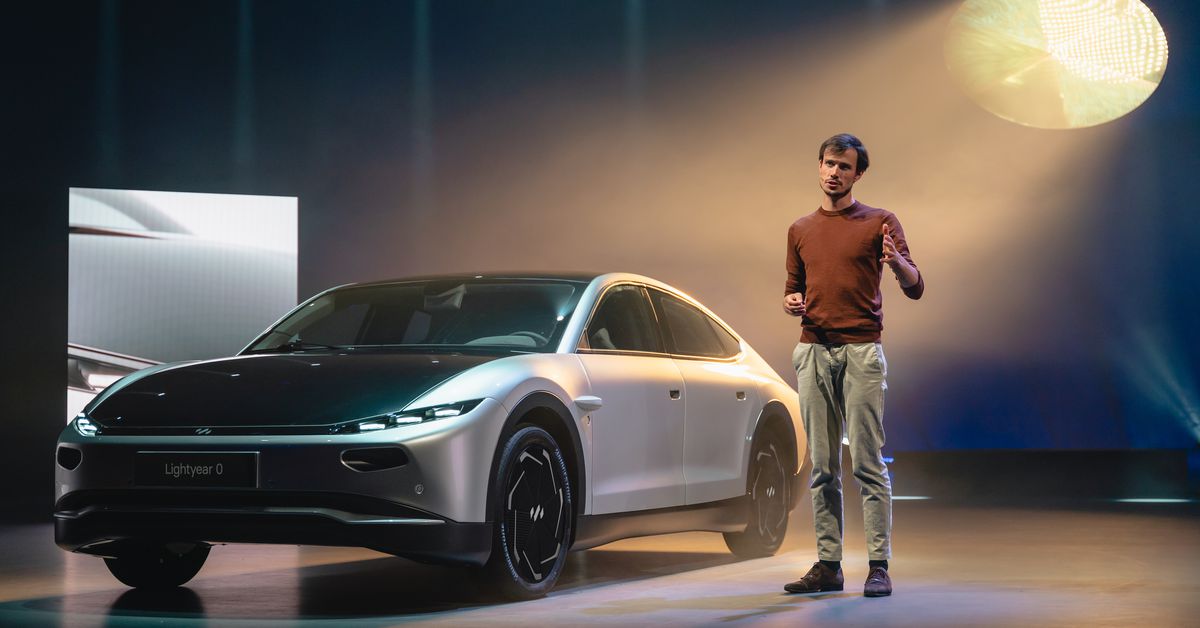 Lightyear says its $263,000 solar-powered car will go into production later this year